'De Kloof' is a podcast that contains 8 fictional, literary episodes of 12 minutes each. Written by Dutch authors and performed by well-known actors. With De Kloof VPRO wants to strengthen their podcast proposition. We were asked to come up with an idea for its digital presence and a campaign that would get the word out.

Using vivid artwork and tensive copy (including Cliffhangers) we made sure that people couldn't miss De Kloof. We created an online environment full of rich content, including making-of and interviews, and topped it off with a storycontest that turned listeners into writers.

With a small production budget and no media budget, we developed a toolbox full of images and copy that would stand out throughout all channels including the smallest possible space: that of a podcast thumbnail. Together with all partners involved we ensured that the word got out generating buzz on radio, television, newspapers and online.  With more than 150.000+ listeners De Kloof became one of the most successful podcast series of the VPRO. 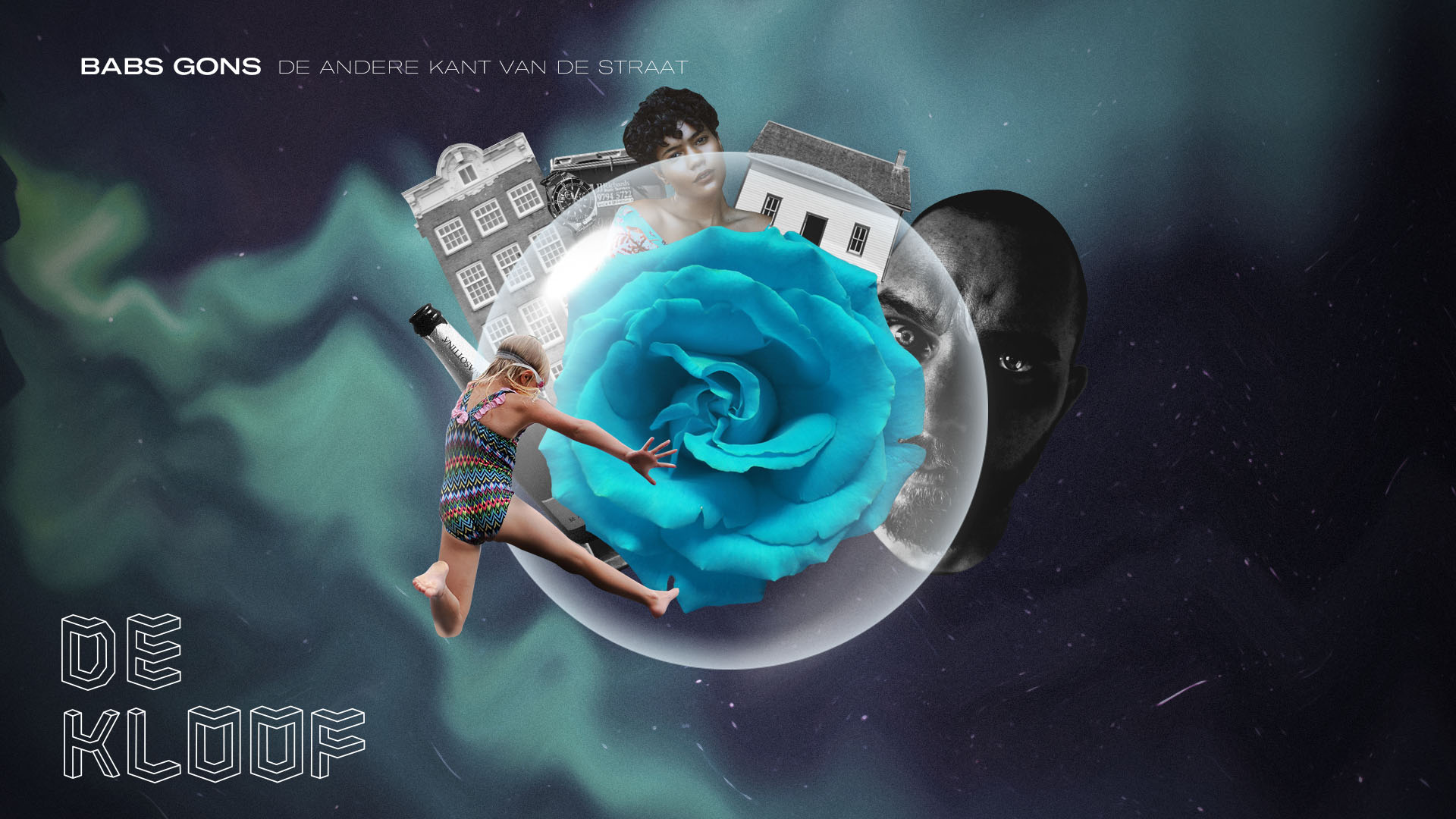 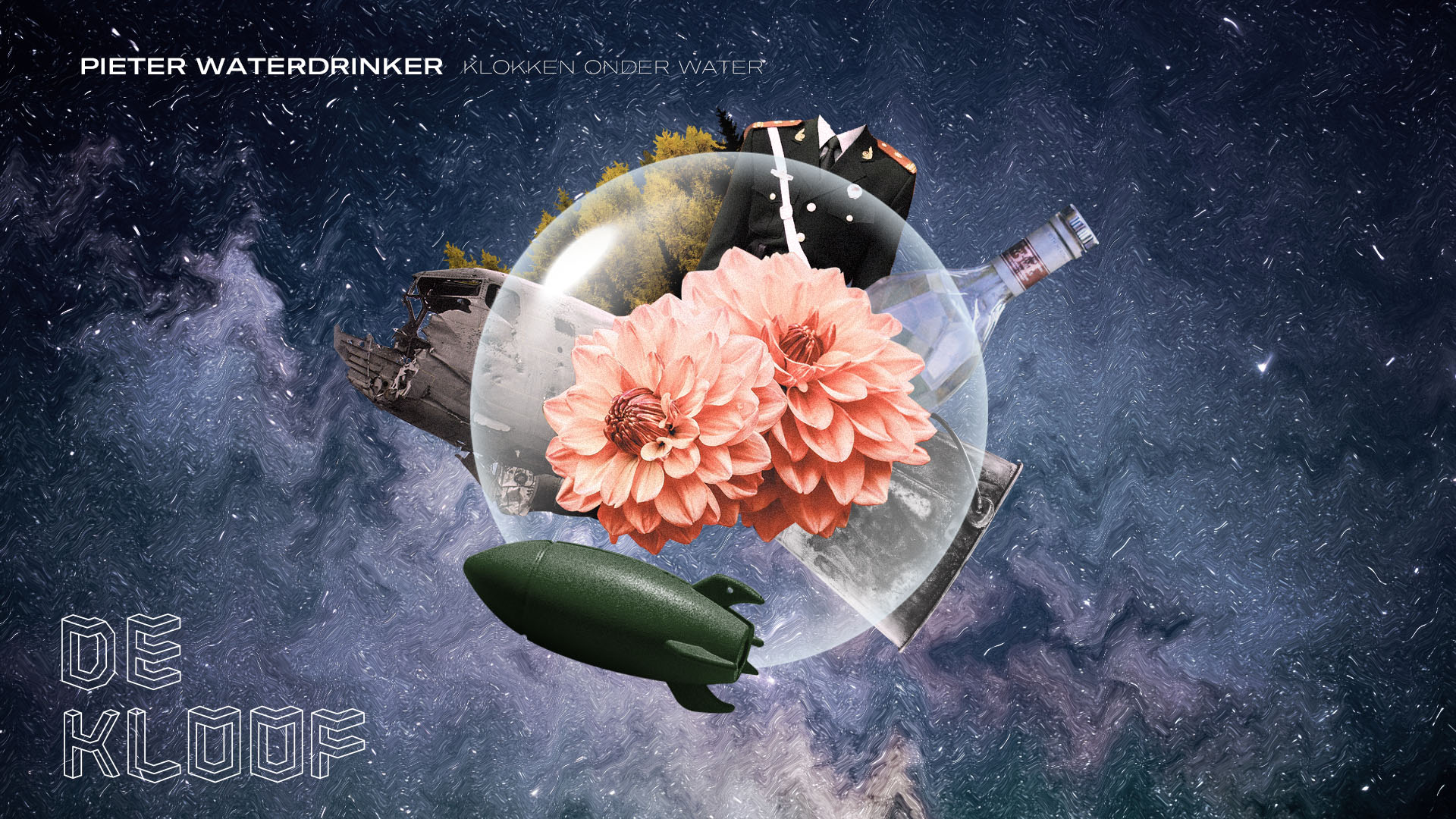 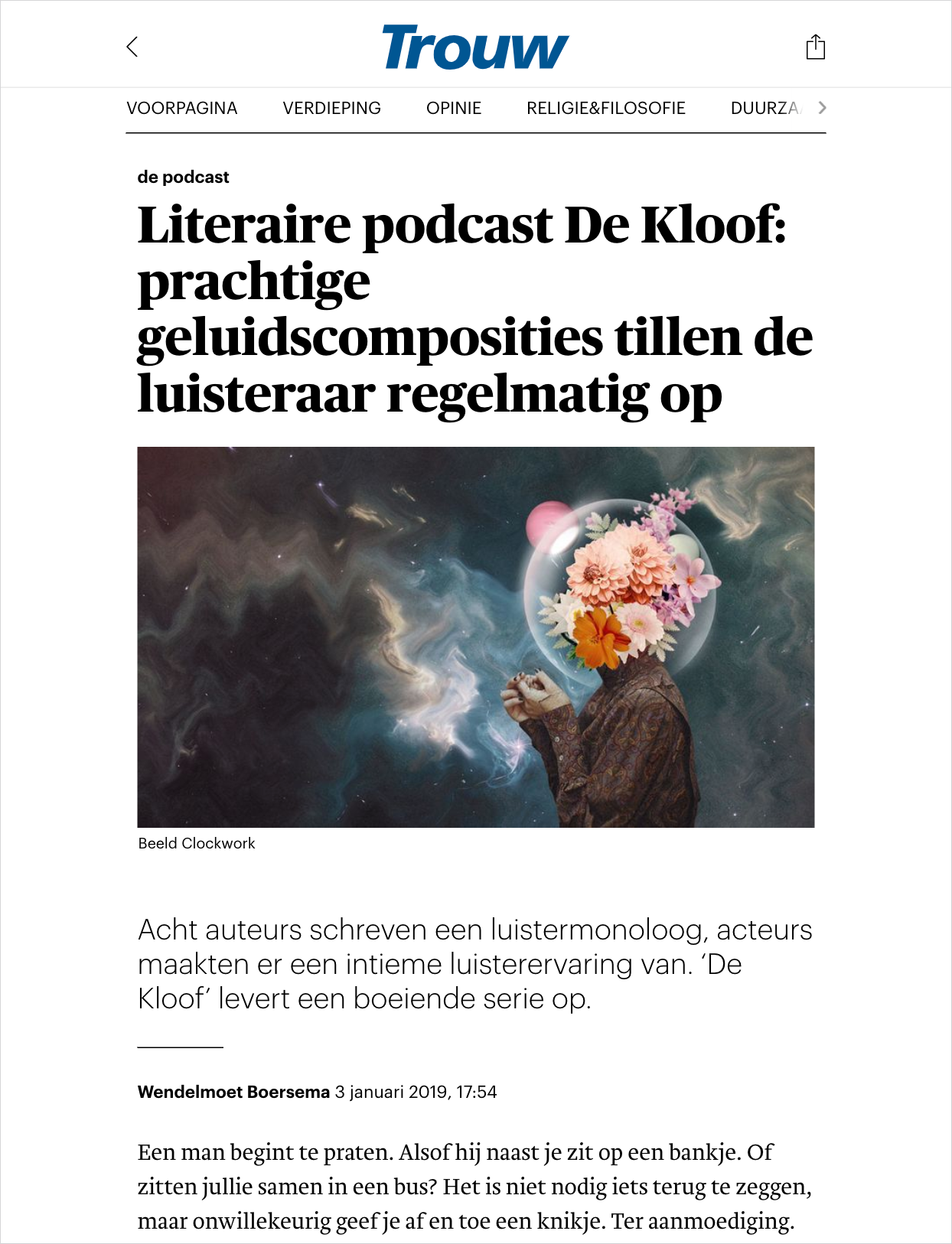 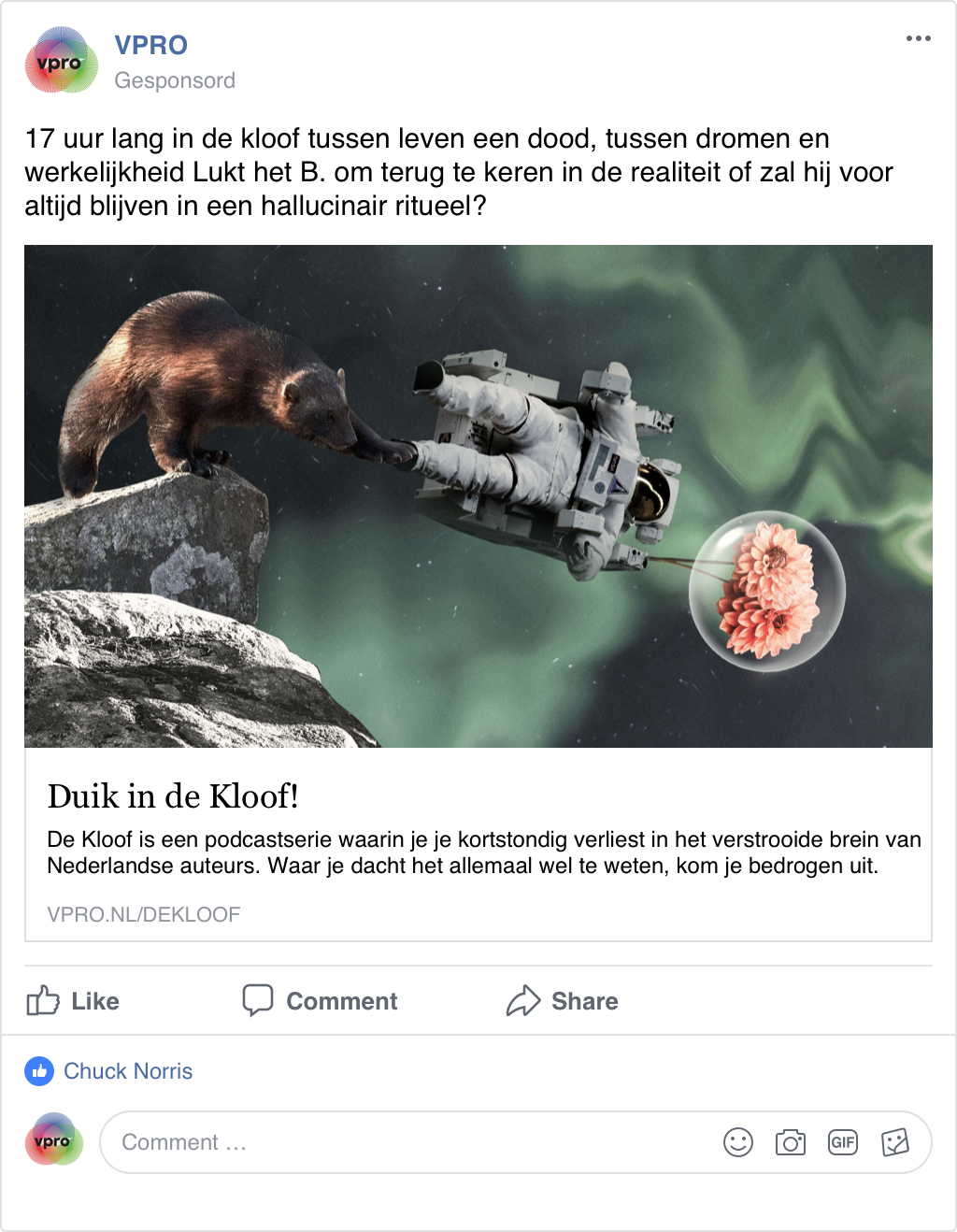 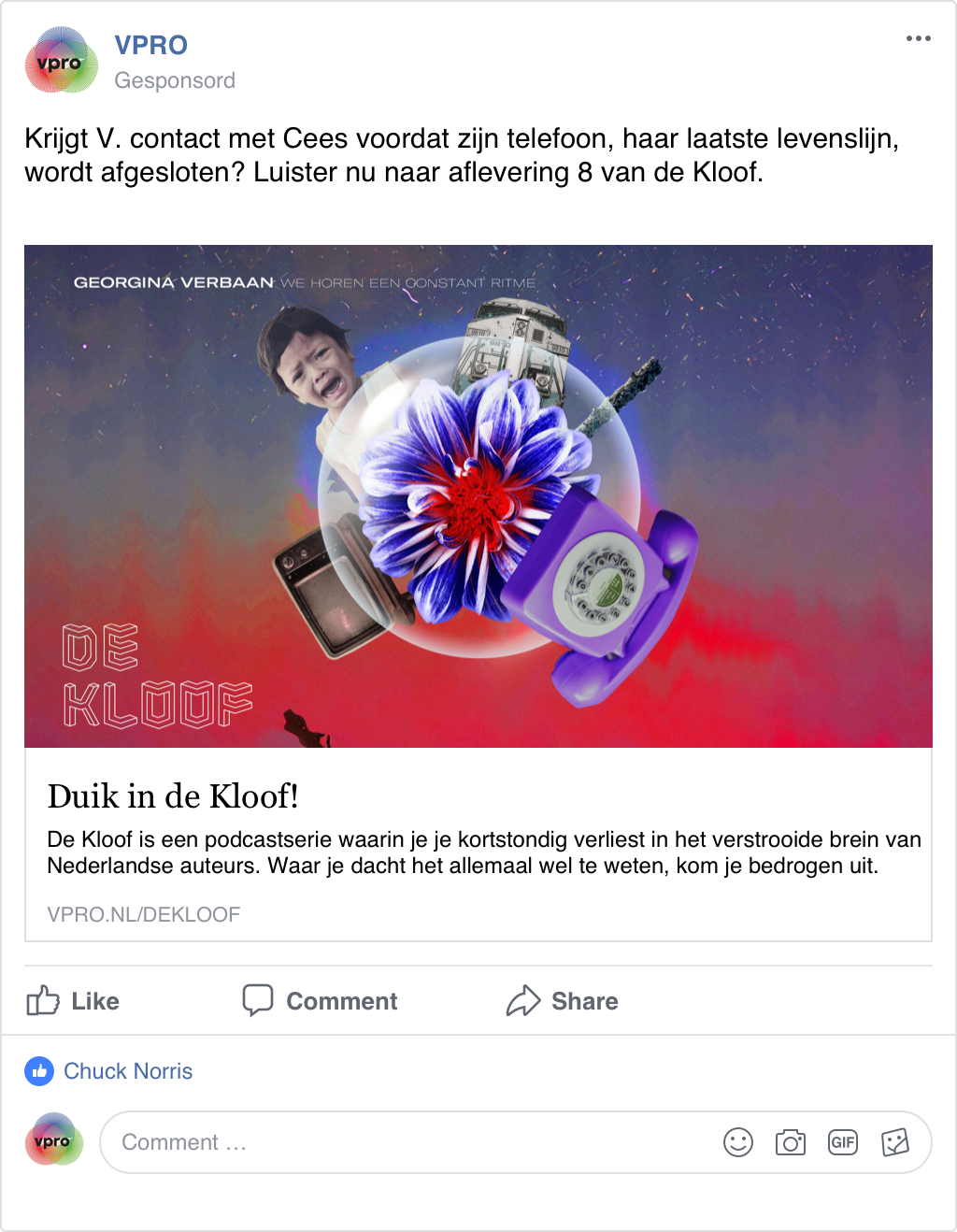