Back in 2017 this thing called filterbubbles was really hot and happening. It was around this time people finally started to realize that their big blue friend Facebook was targeting them with ads, and that companies were actually trying to influence them with messages. All of us dinosaurs were still consuming genante tijdshoeveelheden op Facebook. With cambridge analytica being all hyped and stuff. I wanted to experience for myself how much of this taregtting is just fluff and what is actually real. I needed more Ads in my life. Different ones. So that got me thinking; why not make on myself? I decided to give it a go and created my own Ad. Ad Siftler (yes his familyname is an anagram for filters). So I created Ad and some other fake profiles on Facebook to see what would happen. 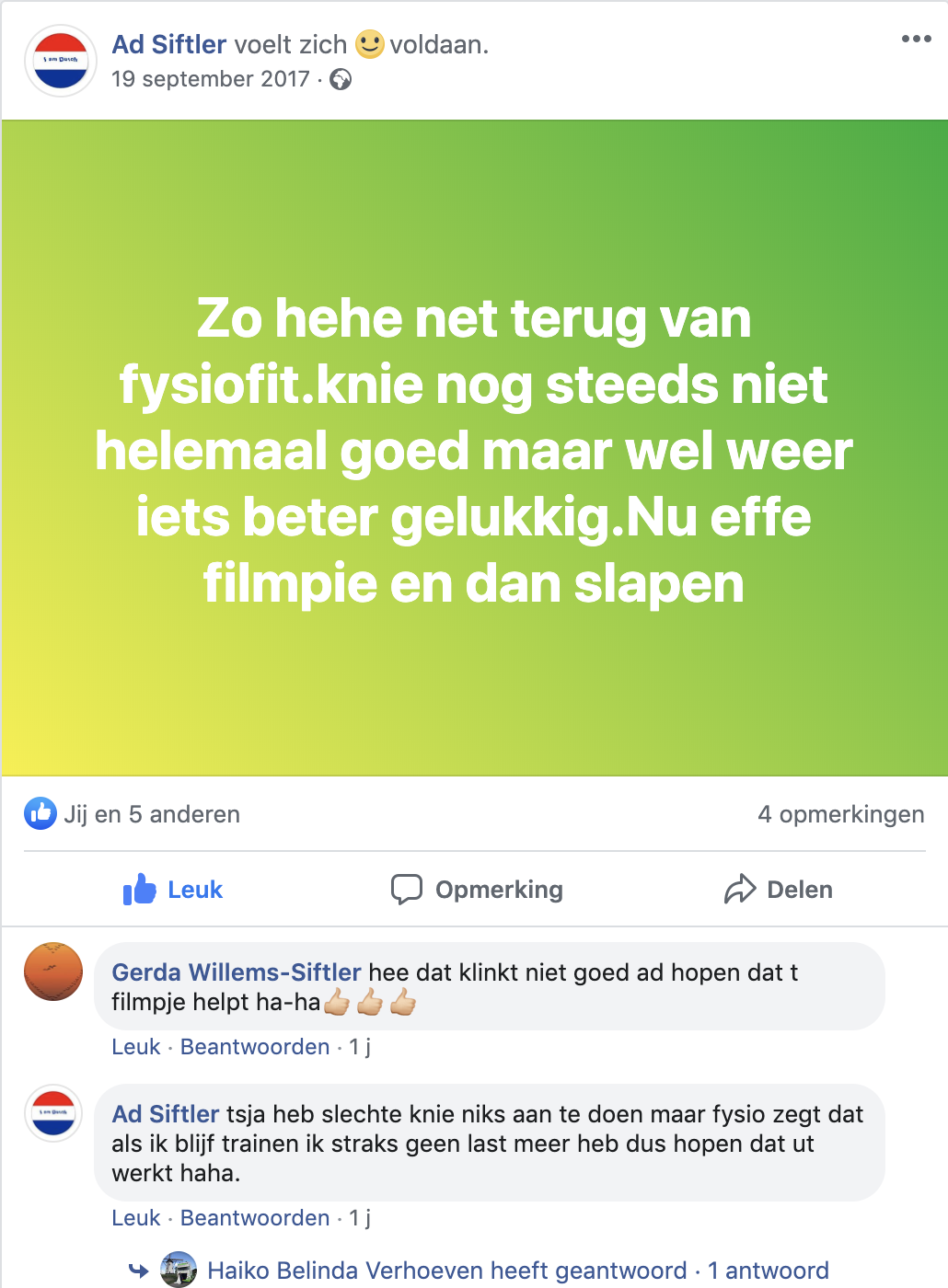 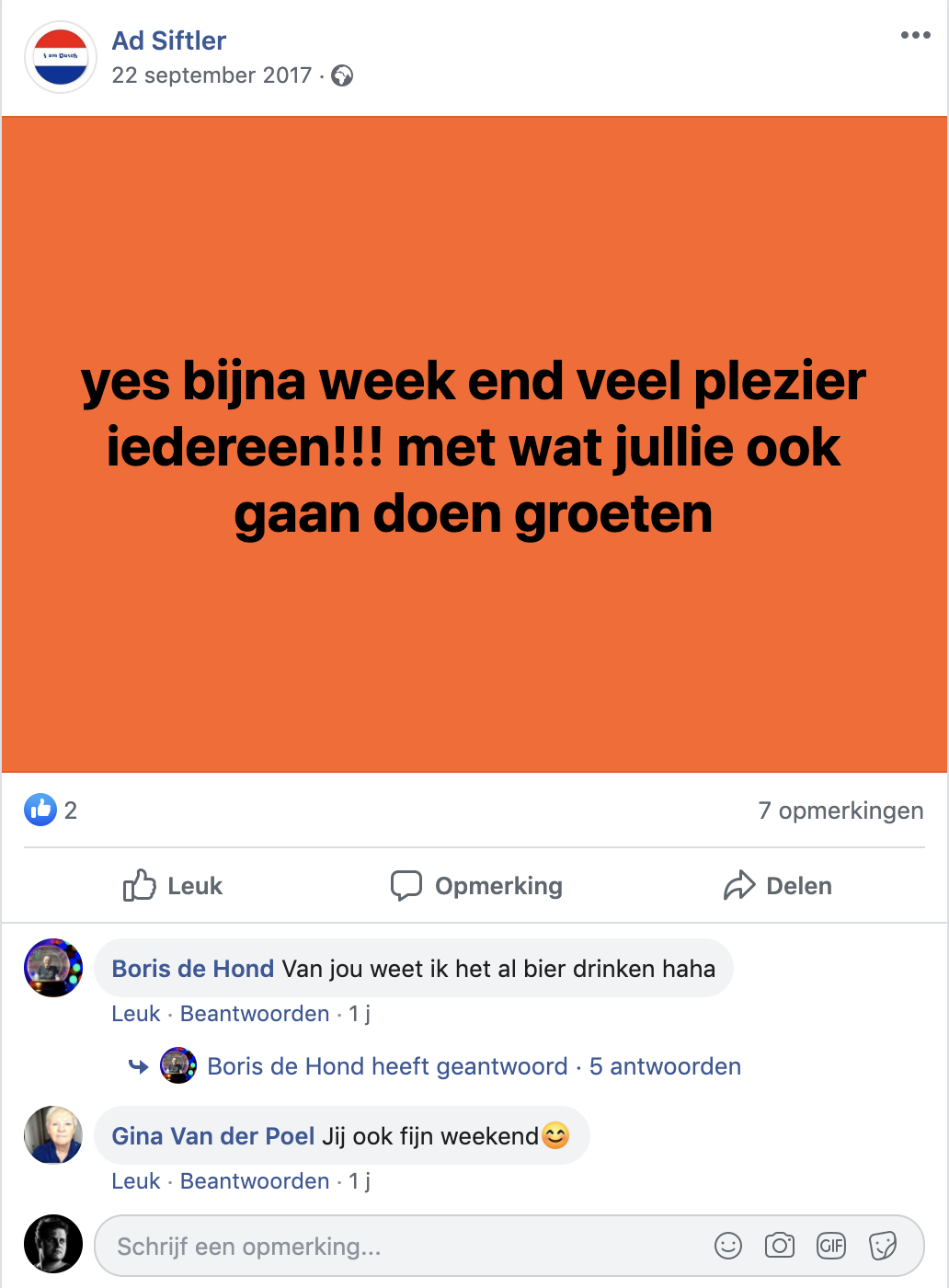 Creating the fake profiles was harder than I thought. Facebook has some kind of bot registration thingy, that blocks fake profiles (and the mailadresses associated to them) before they are properly online. Once I found my workaround (which involved a new URL to register mail adresses from and some magic with IP adresses) I was able to create the profiles.

To ensure that I would get the different characters I wanted, I wrote persona's for them. Five in total. My first (and probably best) one was Ad, the typical Dutch PVV stemmer. The one that is against Europe, and pro everyone that says the government is only steeling from them. The kind of type that can't comprehend politics but surely knows his way around twitter.

Based on those persona's we carefully created online identities and went on the lookout for some new digital friends. This went easier than expected. Once our profiles surpassed the barrier we called the 20 friend threshold everything went pretty much on it's own.  Within a few weeks from creating Ad, I entered a new world. I saw Facebook in a way that I've never seen before. My feed was full with alt-right messages, fake-news and weird advertisements.

Let me tell you, it got kinda freaky at some point. I infiltrated some groups in society that scared (and at the same time fascinated) me. Two months in I was spending more time on their Facebook profiles than I was spending on my own.

Then when my new Facebookfriends started to seriously get concerned about the well being of my alterego's and asked to come to offline meetings, I decided to pull the plug. The experiment worked, I got an unique insight into some different filterbubbles and was going to quit before stuff would spin out of control.

Oh and by the way, in case you are wondering, I'm pretty sure that this stuff is violating a few of Facebooks guidelines and might even by illegal, so I would not recommend to repeat this thing. I already did it for you (unless you are from Facebook, then I'm admitting to nothing